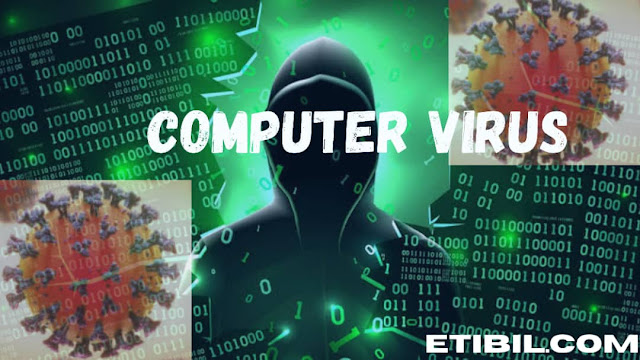 Computers and devices have played a dynamic part in the impact of our daily lives .Starting from the business world to the entertainment and ICT level of interest. Everyone will want to have a taste of an ipad, an android, and an apple device. Most person’s will be very curious to know how these viruses are designed and for what purpose they are made. If you have ever experience a seizing computer screen or device. A corrupted file or document, and other strange instruction popping up from your computer screen, then you should check for a virus. Sometimes, you must have encountered the presence of strange programs on your computer and you recalled that you never installed such a programme before on your device. One Saturday morning I was at home doing some work online when some annoying ads start to popup on my computer screen telling me of lazada, zalora, alibaba. But these were so annoying due to the fact that it was not coming from any web browser. Thus, it is an intrusion in my personal privacy and it indicates that they is something wrong somehow. So I went to my Avast anti-virus software and did a total scan on my pc. Then I found some programs I installed on my pc called “chromium” software. That software was taking a look alike of Google chrome.

A virus can be seen from an ict point of view as malicious software that is aimed at producing and multiplying itself into copies with the intension of destroying the legitimate codes, files, application of the device. If proper measures are not being taken on time, it will lead to the totally destruction of the system files. How these virus programs work is that, it converts a readable file to an unreadable format so as to render it totally useless.

Most of we individuals have contributed immensely to the virus spread unknowingly. In some cases, some website servers do not have a proper secured firewall that can protect the site from being infiltrated by virus. And these are due to the fact that, the website owner won’t likes to incur expenses on security measures. These are wrong way of minimizing cost.

We are going to take a glance at some of the viruses found. But some of these viruses are no longer active due to certain technologies that have been employed into manufactured devices in order to prevent such occurrence.

 Boot virus is one of the viruses that aim at the booting programme, which is responsible for powering the computer device. The booting programme file is stored on the hard disk, floppy disks. Boot virus disguises it’s look in order to replace the boot sector with its own malicious programme. The virus comes into play whenever the computer is turned on and booting is in progress.

 Polymorphic viruses have a primary aim of avoiding detection against antivirus software attacks. I call it “the chameleon virus”. It also poses characteristics of multiplication of itself in order to spread its malicious codes in thousands of copies until it finally crashes the system. It can change its appearance anytime to avoid detection.

 Executable virus is a type that tries to attach itself to a certain files. These targeted files are extension files (.exe,.com etc).when you decide to open an infected file, the virus will swing into action.

 Cmos virus is a type of virus which resides in a cmos of a computer motherboard. The computer cmos is a memory chip attached to a motherboard. When this chip is infected with a virus, it will lose all of its data programs. These chip is powered by a battery know as “cmos battery”. When these battery stop to work, the cmos chip will lose it power and the computer device will lose its settings such as (date settings and clock settings).

 Cavity virus is known for occupying any empty section of a given file. It tries to mimic the look of a driver so as to avoid detection. The infected file will possess the same file with uninfected file. This virus will search for an empty space in a file and tries to make sure the space of the file can contain its malicious code and then finally infects the executable files on the system. Space filler virus can also affect a phone or any other hand held device.

 Overwrite virus is a programme that will try to alter and destroy the real program file of the computer. It will achieve its aim by over writing the data pertaining that program file in the system’s memory. It tries not to alter the size of the real file so as to avoid detection. If for instance, a file has a size of 2mb; it will try to maintain that size of 2mb.

 The append virus has an objective of affecting the host program: It will try to add a programmed code at the end of a computer host program file. It will embed the virus code in a way that will not obstruct the operation of the program file of the computer device. A lot of algorithm procedures are taken by this virus before it can actually take its full action on its victim. Some measures can be observed to curb the spread of these malicious software’s:

 Use the right anti-virus software: it is advice not to put all of your security trust on the window defender software that comes along with a new computer device. It is advised to have very good computer antivirus software that can fight virus attacks. It is also difficult to choose which one of those antivirus software’s are best for your device due to the presence of so many counterfeit software’s out there. But some anti-virus software’s can be recommended to tackle the menace of virus such as: Kaspersky, F-Secure antivirus, Norton antivirus, G- Data antivirus, Bit defender antivirus plus. This company specializes on the security design for systems and network devices. They do assist cyber security in their day to day activities.

 Beware of bad sites: we have numerous websites out there on the web. But you should know that not all of these sites are safe to be browsed by your device. Some of the site might consist of malicious images, videos, pdf file etc. also watch out for web hyperlinks on the search results of the Google search engine by making sure the hyperlink starts with https(hypertext transfer protocol secure).take a look out for three octets of web extension(amazon.mas.com is not same as amazon.com extension).

 Browser exceptions: internet explorer is the very first web browser that comes along with your computer device. This web browser was very vulnerable to virus attacks from the web. It lacked a lot of essential features that enable protection of your activity. So they was a need to for other products such as (firefox,chrome,uc,opera mini etc) come into the market in order to give us something better than internet explorer.

 Window updates: you are advised to always check for the latest updates and the latest window development. These are very important so as to prevent loop holes. Some of this updates have a lot of security cover-ups for loop holes. In order to have your windows update itself periodically, you need to make sure that auto update is turned on. Though this feature is very annoying because you might be on your computer device and you see a popup telling you that update is going on in your device. it will tell you not to turn off your computer device.

 Backup is necessary: they are a great need to create a duplicate of your files in the C/: directory folder so as to have a restoration point. In most case, if you have a file that has been corrupted by viruses and you want to restore the spoilt copy, you have to restore it from an external drive or from internal c/: drive. When an antivirus discovers a corrupted file, it may decide to destroy both the file and the virus inside the file so as to prevent that virus from existing.

 Periodical scans: you are required to scan your computer device after use on the internet so as to prevent virus intrusion. Also scan your email attachments such as pdfs, images, docx. But if you have good antivirus software, you won’t have a necessity to carry out a scan on your own. The software will do it for you. From now on you can take full control and have a great awareness of what a virus looks like, and how to prevent such occurrence. Please don’t forget to subscribe for our newsletter for more updates from tech related articles as such on your email.