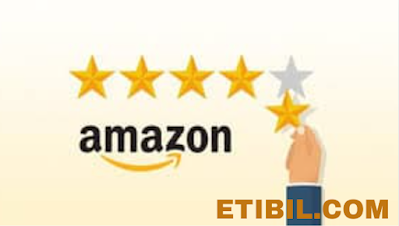 It is common knowledge that certain people or companies offer fake reviews that try to mimick genuine companies by either faking up website details or invading the site itself through fraudulent means in such a way that the unsuspecting customer may be caught unawares of the dubious schemes. When this is discovered, the company affected in this crime usually has punishments meant for those guilty, but the general public is owed information on how to spot and avoid this fraud of identity impersonation. This article will look at how these fraudulent activities  are operated, as well as how to identify and report them for appropriate counter measures to be taken. You cannot totally rid eCommerce sites of these bogus reviews, but every effort must be made to discourage them.

Loyalty schemes, as these fraudulent companies are called, include packages for fake reviews which are able to convince people to buy from them up to about 15 pounds for individuals, or when in bulk starting from about 620 pounds for purchases in large quantities. While for 50 or more reviews, which can grow up to 1000 reviews, it is worth close to 8000 pounds. So, it is obvious they remunerate people who actively participate in these nefarious activities. In fact, fake reviewers can even be given payments from a few pounds to free or discounted products. If you should take part in Loyalty Schemes, it is very possible to earn premium goods ranging from children's toys to exercise equipment as well.

Though Amazon's Marketplace is known to permit other retailers to sell their goods via its website, but the company does not take kindly to impostors. As a means of discouraging the efforts to impersonate and sell fake reviews and products to unsuspecting customers, Amazon has what is called the ReviewMeta, which is a tool meant for the analysis, identification and sanction of fake online reviews and products.

HOW DOES ONE SPOT A FAKE ONLINE REVIEW?

There are several and very effective measures through which you can spot a phony online product review. Knowing these tips is necessary in order to guard against buying fake goods that are inadvertently passed off as genuine ones. Some of these preventive measures are:

(1). You should become suspicious and skeptical of any review the moment you notice an exaggeration in the number of reviews when compared to what actually obtains with other websites.

(2). If they try to introduce or sell to you any new or strange product, check to find out whether it  is actually a legitimate website with clear and valid contact details. If you fail to see these, or something seems off, it is a red flag that you maybe dealing with fraudsters.

(3). Fake products are usually covered with multiple reviews and videos just to make them seem genuine and from established suppliers. If you notice this, chances are pretty high that you are being conned.

The eCommerce websites are replete with sellers aiming to pass off fake reviews and products to the unwary and the ignorant. Be that as it may, you are lucky that there are ways and means via which you can avoid being dupped. In some instances, it is even possible for the reviews to be in total variance with the product that is being promoted. This is quite common, but you just have to be constantly on guard to spot it.