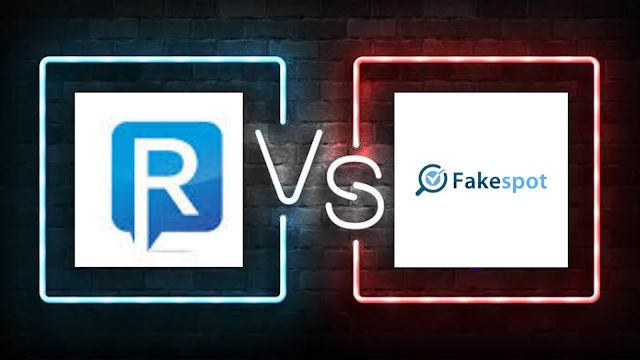 In the scramble to make money off others, people are likely to go to any length. This includes selling defective, inferior or even outrightly injurious products to unsuspecting customers. They do this using several methods, such as faking or impersonating company or product URL addresses or hacking into their websites. Whichever method they may use, the objective remains the same; to give you the impression that you are dealing with the real company, when in fact, you are not.  Sellers use dubious means in order to sell unknown and defective products using fraudulent means via genuine and legitimate websites by either faking their addresses or bogus product reviews. Affected companies have no option other than to adopt counter measures against these  nefarious attempts on their integrity and survival. Some of the measures taken against this threat is the use of online tools that are specifically designed to analyze, identify and expose any such efforts. Most notable among these online anti-fraud tools are ReviewMeta and Fakespot. It has become absolutely essential to do this particularly since eCommerce sites are practically saturated with bogus reviews of all types, both the positive, the negative and even the grotesque. In this enterprise, many sellers buy fake reviews to enable them make their products desirable against all obstacles and good products. This is where counter tools become desirable to help out, but how good are these tools really in discharging this function vested upon them?

ReviewMeta is primarily an Amazon tool, since the company being what it is, has suffered more from these activities than most others. Fakespot, on the other hand, is known to work with several eCommerce sites such as Amazon itself, Walmart, Best Buy, eBay, and so on. Though their objectives remain the same, but they are inherently different functionally speaking. Worthy of mention is the fact that Fakespot is more convenient while ReviewMeta is more thorough and efficient.

COMPARISONS BETWEEN REVIEWMETA AND FAKESPOT.

Fakespot is said to be more convenient than ReviewMeta because it is a Google Chrome extension, for this reason, it is more user friendly than ReviewMeta. Furthermore, on Fakespot, letters are used to grade any product review quality and not its quantity. On the other hand, ReviewMeta gives a lot more details on products, but at certain times, their reviews may remain the same while the product has actually changed. This is in itself a very serious flaw in the tool really. Expectedly however, this kind of thing only happens when sellers have successfully hijacked an unrelated listing on the site and ultimately add it as a product variation to make it look like the product has in fact many reviews.

Sometimes, these popular tools are known to come to conflicting decisions in the reviews of the same products. In response to this queer observation, this article will make a concise comparison between these popular tools using their individual reviews of the same product. Zoocom and Coolstream are both electrical adapters, on which the two review tools concluded differently. This can be explained from the suspicion that, possibly, one of them may actually be picking fake negative reviews from competitors instead of getting fake positive reviews planted by the seller. Either way, it is capable of influencing their ultimate conclusions and overall judgement.

ReviewMeta rated Zoocom at 7 percent and Coolstream at 14 percent, while Fakespot rated Zoocom at 72.5 percent and Coolstream at 90 percent. These discrepancies are so wide and contradicting that one may feel justified to doubt their collective inefficiency both. In order to improve the reliability of their conclusions, it is better to use them both. In this way, you can study their summation together and make more informed decisions. To be on the safe side, never totally rely on their findings and analyses, since they are quite capable of making errors, not to talk of the fact that they are only estimates, which can be made after missing dishonest reviews.

Additionally, Fakespots analyzes and identifies fake product reviews or counterfeits. In fact, you can easily copy an Amazon product URL and even paste it on their analyzer bar to enable you analyze it promptly. This tool can also spot fake Amazon reviews with the use of different tools to identify them. Quite commendably, Amazon usually gives out products in exchange for a review, provided the exchange is noted in the text posted. We should all be mindful of the fact that fake reviews are either too positive or overly too negative, without giving out any necessary reasons or details. If you wish to quickly identify any fake reviews, look out for a smattering of moderately positive reviews on a product, such as those with 3 or 4 stars as well as others with 2 star ratings and complaints. In most one star reviews, make sure that the issue in contention is with the product itself and not just customer care or some  other unrelated complaints. Finally, make sure to cross reference the product beyond Amazon itself, read customer reviews on other websites as well as export courage where that is possible.

In conclusion of this comparison, since the two tools can work effectively together, it is best if you should combine them. Nevertheless, do not totally rely on their analyses, since it is possible that their conclusion may contradict the true situation. Despite this caution, a careful study of the analyses they have obtained will give you a good idea and heads up of what you are dealing with.

COMMON RED FLAGS TO LOOKOUT FOR.

If you wish to indentify fake reviews, look for low number of reviews especially compared with similar products on either the same or different website. Also, if all the available reviews are all recent, there is the need to be wary. Another factor to consider is when all or most of the reviews were given only in exchange for free products, such as Vine Customer Reviews, then there is enough basis for suspicion. Furthermore, multiple star ratings should ring a bell, particularly if such a review is given on a one star review supported by a brief text. If you see a fake product review, report it promptly to Amazon. Another factor very worthy of mention is that in giving reviews for fake products, their sellers tend to usually overdo it by making unnecessarily lengthy submissions, which are usually supported with several video clips. When you see this happening, it is enough reason to be suspicious, just in case. Essentially, watchout if any product is promoted so well that it begins to evoke doubt. Be wary, as it is almost certainly fake. Also, critically inspect the comments made on a product, check out for suspicious language, satisfy yourself that the reviews made are actually about the product and not something else. If it is not, you are sure dealing with a fake. Also, compare the prevalence of both the positive and negative reviews. If there are fewer positive reviews, you should be wary of the product. Be on the look out also for admitted bias too. Finally, be extra careful when you have to settle for a relatively unknown product which is heralded by too many reviews and/or video clips.

HOW TO USE FAKESPOT.

Before you can enjoy the benefits of using either of Fakespot or ReviewMeta, you first have to be conversant with how to use them. In any case, you must start by copying the product or businesses URL address to the analyzer of the tool. This should be done after you might have downloaded the Fakespot app on your equipment, such as mobile phones, web store, Firefox Addons or iPhone. The instant you copy the URL address as required above, the analyzer will do the rest.

No place suffers more concentration of crime and criminals online than the eCommerce websites. Agreed, there is a lot of money to be made from online trading and foreign exchange, but you just have to work for it continuously, even after you have invested. Surprisingly, some people are both too gullible and excessively selfish to believe that it is possible to make a fortune by actually nothing other than putting your money to work.

These fraudsters are able to use your greed against you by promising you anything just to get you to commit your money, and once you do, that maybe the last you will see of them. Granted, there is money to be made in Forex, but it is not as quick or easy as they make it sound. You must learn both the intricacies of the business as well as how to monitor and control any sudden or unexpected circumstances.

Keep learning about how better you can trade online from reliable websites like Google and also from experienced persons who have been in the business long enough to know how it works and what to avoid, if you wish for success. When the offer sounds to incredible, it probably is. Come to think of it, if there is the chance of making so much money while you do little or nothing, these brokers will not care to allow you know about it. Think twice.