Is crowd 1 legit or a scam? 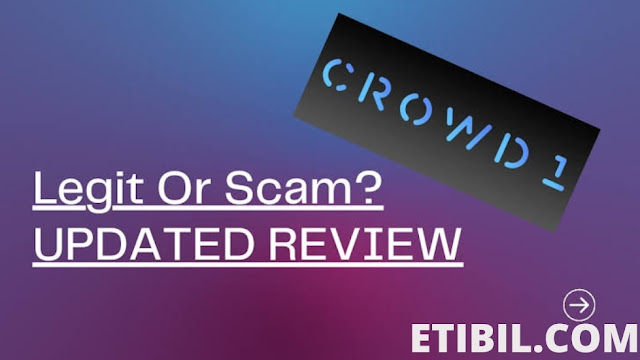 Crowd 1 is described as a mobile networking website that claims to assist members in creating and maintaining online network business through different digital platforms. It was said to be founded by a Swedish guy, Jonas Werner in 2019 who is hidden behind one Johan von Holstein, the CEO of the company. Crowd 1 created two other websites, Affilgo and Miggster, which are both gaming and gambling websites. Curiously though, all these three companies are owned by one person despite claims of partnership only. The owner of this company, Piskopianos Stelios, is a self acclaimed financial professional and the director of aos Fluency Limited as well as Northfield Peteoleum Limited. However, Crowd 1 is not listed in his Linkedin bio., although the company is said to be headquartered in Dubai, United Arab Emirates with a registration number which might be bogus too. Now, how does anyone differentiate a legitimate business from a scam? From the outset, legitimate businesses have ways and means through which money is generated through either the sale of products or the provision of essential services to the general public. Notably therefore, if that is not the situation, it calls for caution. Pyramid schemes are operated by way of collecting money from unsuspecting people through registration and sharing it to others. This means that if you gain, it is at the expense of someone, which is very illegal and contrary to the law anywhere. How does this affect crowd 1 as a business concern?

How do you identify a scam?

There are certain laid down criteria that mark off a scam from legitimate businesses. One, some facts about them may be shrouded in secrecy and unclear. For instance, the owner(s) of the businesses may not be known, or sometimes, they may have a history of previous financial crimes. The moment you are not sure of who owns the business, it is a red flag and you should tread with caution. Second, addresses, phone numbers or emails may be phoney too. Sometimes, they may post email addresses or phone numbers on their websites through which you may not be able to contact them or the numbers may be so configured that you cannot reach them, but they can reach you. It is also very common to have some shady businesses that are not registered or known by any regulatory agency. This means that should there be any complaint, you have nobody to reach out to for help of any kind. As a result of this possibility, you should know who you are dealing with before committing your money into any busyness.

Furthermore, even when the business is genuine, it is still advisable to make payments via bank transfers and not by using your credit card, which can be cloned and used to defraud you even more. On the contrary, bank transfers can be monitored and the recovery of lost or stolen money can be made easily. In most cases, these shady businesses make very outrageous claims of immense profits just by investing without necessarily doing anything much afterward. Should you be gullible enough to accept these claims or believe the immense profits you are promised, you become a target for fraudsters. Finally, you can conduct an online research in order to find out about the company with regards to satisfying your curiosity. Specifically, the Financial Sector Conducts Authority ( FSCA) has warned that Crowd 1 is not registered to do any business in South Africa, and therefore, it has been recommended that the South African Reserve Bank should investigate the matter. Crowd 1 has used the pictures of some prominent persons as well as famous celebrities to lure and deceive innocent persons into parting with their money. Similarly, concerned authorities in many places have all identified it as a scam and hence, advised people to stay clear of it. The fact that Crowd 1 uses an app which you can download to your phone does not make it legitimate. The company has however described itself as a multi-level marketing company meant to address the issues or challenges and long term sustainability, but in reality, the company sells nothing at all. All other claims are bogus and deceitful.

It is highly essential that you do business with institutions or companies that are recognised, registered and legitimate so that you can have someone or something to hold accountable in case of any issues.

The company has not operated for long enough to be able to say with absolute certainty whether it is a scam or not. All the same, there are very obvious red flags which show that something seems off about the company altogether. Notably, after it has operated for the first few months, it became necessary to offer something which will portray it as a legitimate and reliable business. That was when the company came up with a gambling app, which anybody can join for free as well as some real estate crowd marketing education, that is more confusing. Furthermore, the gaming apps, Miggster and Affilgo, are still in the relaunch stage and not yet functional too.

Judging from all the facts discussed earlier, Crowd 1 is a scam if ever there was one anywhere. It is known that people have gone to prison because of fraud related to the company. It is not registered by any regulatory agency anywhere. Consequently, you have no one to hold accountable should you fall prey to fraudsters and their nefarious activities. Secondly, there have also been claims and counter claims concerning who is actually the CEO of the company, which in itself is another red flag too. Claims of partnership with other companies are also twisted since all the companies are owned by one person. This in itself is not unusual. However, why not just say it out in the first place, instead of telling lies about any non-existing partnership? This company has been designated as a pyramid scheme in Norway, which are destined to fail eventually with people losing money. For instance, in Burundi sometime around January 2020, the company was raided in Bujumbura and more than 300 people got arrested, 17 of whom were put in custody for promoting the company. Also, in Paraguay, on 6 February, 2020, the Comision Nacional de Volores( CNV) gave a fraud alert about dealing with the company in any guise, because it looks and smell off and it is also unregistered as well. Any identified promoter of Crowd 1 in Paraguay faces up to about 3 years imprisonment or a fine or both. Even in Africa, the company has been fingered as a potential scam too. For example, Namibia described Crowd 1 as a pyramid scheme and a serious risk to deal with. This is mainly because the company does not sell any tangible products or render any essential services as well. Therefore, its only source of income is through the registration of new members. The Bank of Namibia declared its activities illegal and punishable by law through heavy fines and lengthy imprisonment terms. Therefore, if you are alright with cheating new members as well as friends, loved ones and the general public, then you might consider dealing with Crowd 1. In summary, Crowd 1 is a pyramid scheme and a scam too. Consequently, you should not deal with it.

How to deal with pyramid scams.

First and foremost, make as much research as possible on the company with regards to its registration and licensing. Furthermore, find out about its legitimacy online using known apps like Google. If there are any shady stories behind their CEOs or places of operation, it is advisable that you tread carefully. Despite everything, if you still insist on investing with any such dubious schemes, it is equally advisable to invest through your bank account and not your credit card which can be hacked and used to further defraud you. Where you have inevitably fallen prey, despite all these efforts, you can initiate a money recovery process which may not always yield any satisfactory results, although it is still better than doing nothing at all.

Before you invest any money into a business concern, you should satisfy yourself with regards to its licencing and registration. In addition, you must be sure of whether or not the company has visible and established means of generating money. Where these do not exist, you should start seeing a red flag. Find out as much as possible about the ownership and running of the company. Are the people behind it known or not, have they any previous record of wrong doing, where is the company having its head offices, what are the reviews of the company online from the general public? These questions and many others should suffice to make you decide on what to do or not. If for whatever reason, you are not satisfied in any or most the issues raised, it is best you find out some more, or better still, refrain from dealing with them altogether.